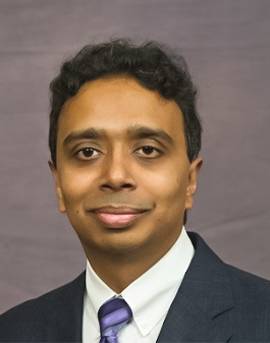 Viswanath Venkatesh, who completed his PhD at the University of Minnesota, is an Eminent Scholar and Verizon Chair at the Pamplin College of Business, Virginia Tech. Since Fall 2021, he is also the Director of  Pamplin’s Executive PhD program. He is widely regarded as one of the most influential scientists, both in terms of premier journal publications and citation impact (e.g., Clarivate, Thomson Reuters’ highlycited.com, Emerald Citations, SSRN, PLoS Biology), with a recent career ranking of 485th (out of ~9 million scientists in all scientific fields)and 1st in information systems. His 2021 citation impact ranking was 95th (out of ~9 million scientists in all scientific fields). His research focuses on understanding the diffusion of technologies in organizations and society. His most impactful project focuses on improving the quality of life of the poorest of the poor in India—which he has presented in various forums including at the United Nations. The sponsorship of his research has been about US$10M. His work has appeared in leading journals in human-computer interaction, information systems, organizational behavior, psychology, marketing, medical informatics, and operations management, and included best paper awards (e.g., Academy of Management Journal). His works have been cited over 155,000 times (Google Scholar) and over 50,000 times (Web of Science), with an h-index of 84 and i-10 index of 139. He developed and maintains an IS research rankings web site that has received many accolades from the academic community including Association for Information Systems’ Technology Legacy Award. He has served in editorial roles in various journals. He is a Fellow of the AIS and the Information Systems Society, INFORMS.